Pipe freeze plugging is a simple, cost-effective method to perform pipeline maintenance or pipe modifications without draining. Using liquid nitrogen, IFT can isolate the problem area in the line by freezing the product inside the pipeline to form one or more solid freeze plugs. This allows for very little drain-down or refill, and in many cases, no system downtime. Once the work is complete, the pipeline freezes are thawed and the pipeline is back in operation. Standard line freezes range in size from 1/2" to 36" OD and can be performed on most fluids including petrochemicals.

Our repeat customers include power plants, hospitals, industrial companies, mechanical contractors, hotels, and manufacturing facilities. With the use of liquid nitrogen, pipe freezing is accomplished by establishing a secure and solid ice freeze plug to isolate pressures in excess of 3000 psi.

In the picture below: The pipeline apparently had a pinhole leak somewhere in a 20-mile stretch. So to find the leak, IFT was called to perform FreezePlugs to determine the location of this leak. Kind of like finding a needle in a haystack when the pipe is buried.

The line was filled with water and pressurized to 2100 psi. The FreezePlug was installed at the 10-mile mark. After the FreezePlug was established a noticeable drop in pressure was observed which told us which way to freeze next. The FreezePlug was thawed and IFT moved downstream and froze another location telling which direction the leak was.

After a number of FreezePlugs, it was determined that the pinhole leak was in a 300’ stretch so the pipe was stripped of dirt exposing the leak. 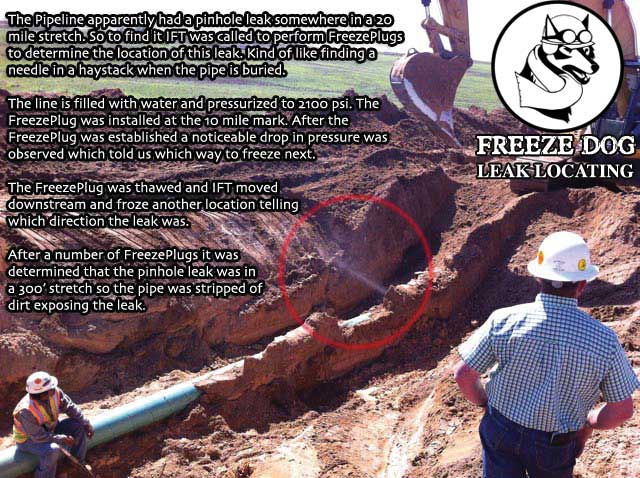 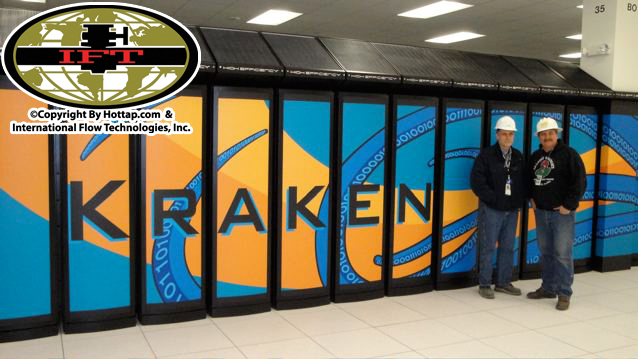 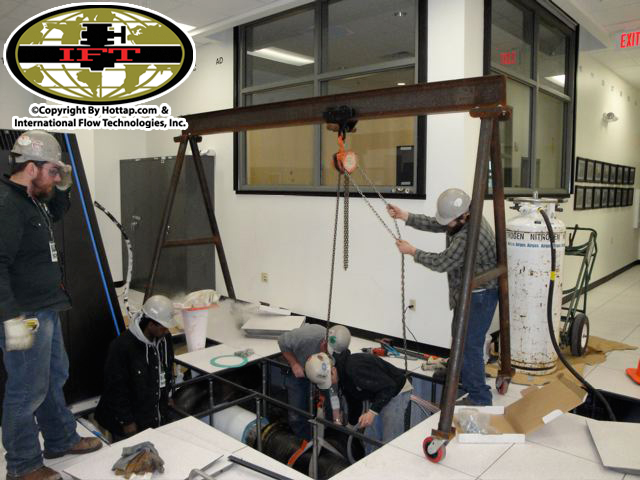 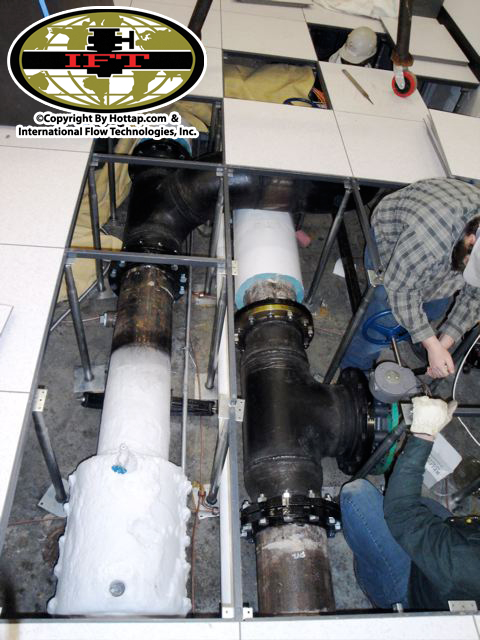 INTERNATIONAL FLOW SERVICE FREEZE PLUGS ARE CONSTANTLY MONITORED AND ARE DESIGNED TO WITHSTAND UP TO 3,000 PSI LINE PRESSURE. INDEPENDENT LABORATORY TESTS HAVE DOCUMENTED THAT NO PHYSICAL CHANGE IN THE STRUCTURAL MATRIX OF THE PIPE OCCURS DUE TO THE CONTROLLED FREEZING PROCESS.

Having completed many projects around the USA on water, natural gas, sewage, petroleum and chemical products. Have a look at the new Featured Jobs for more details and specifics on our work. Thank you for your interest and we look forward to working with you in the near future.